Before today’s cases I will review some important terms.

CAVMs also known as classic brain AVMs, are a common form of cerebral vascular malformation and are composed of a nidus of vessels through which arteriovenous shunting occur.

When an arteriovenous malformation (AVM) occurs, a tangle of blood vessels directly diverts blood from the arteries to the veins. 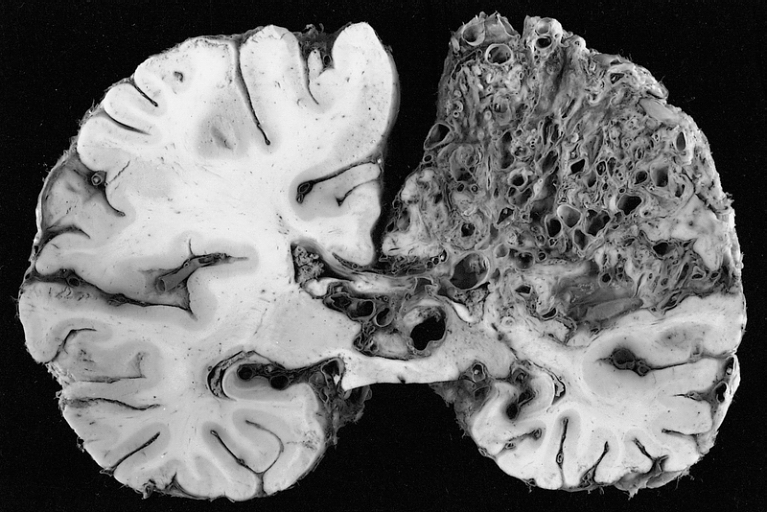 Cavernous hemangioma, also called cavernous angioma, or cavernoma (often when referring to presence in the brain[citation needed]), is a type of blood vessel malformation or hemangioma, where a collection of dilated blood vessels form a tumor.

Because of this malformation, blood flow through the cavities, or caverns, is slow. Additionally, the cells that form the vessels do not form the necessary junctions with surrounding cells. Also, the structural support from the smooth muscle is hindered, causing leakage into the surrounding tissue. It is the leakage of blood, known as a hemorrhage from these vessels that causes a variety of symptoms known to be associated with this disease.

– infarction as a complication-

Below is example from a journal: Figure 1: CT scan on Day 0 shows subarachnoid hemorrhage with intraventricular and intraparenchymal hemorrhage. CT angio on day 0 showed right middle cerebral artery aneurysm. On day 4 and 10, CT scan showed resolving hematoma without hydrocephalus. On day 13, an infarct was seen in the right basal ganglia with resolving hematoma. On day 16 and 20, bilateral infarcts were seen in both the basal ganglia and internal capsule.

2. We looked at a case of ear pain, but found no abnormailities

Lacunar stroke or lacunar infarct (LACI) is a type of stroke that results from occlusion of one of the penetrating arteries that provides blood to the brain’s deep structures.

Dx :  The Mayo Clinic proposed a revised set of criteria for diagnosis of Devic’s disease in 2006. Those new guidelines require two absolute criteria plus at least two of three supportive criteria.[10] In 2015 a new review was published by an international panel[5] refining the previous clinical case definition but leaving the main criteria unmodified:

Neuromyelitis optica (NMO), also known as Devic’s disease or Devic’s syndrome, is a heterogeneous condition consisting of the simultaneous inflammation and demyelination of the optic nerve (optic neuritis) and the spinal cord (myelitis).

Sometimes radiologists use templates for reporting. Click below image to see examples:

Below: Subdural hematoma as marked by the arrow with significant midline shift 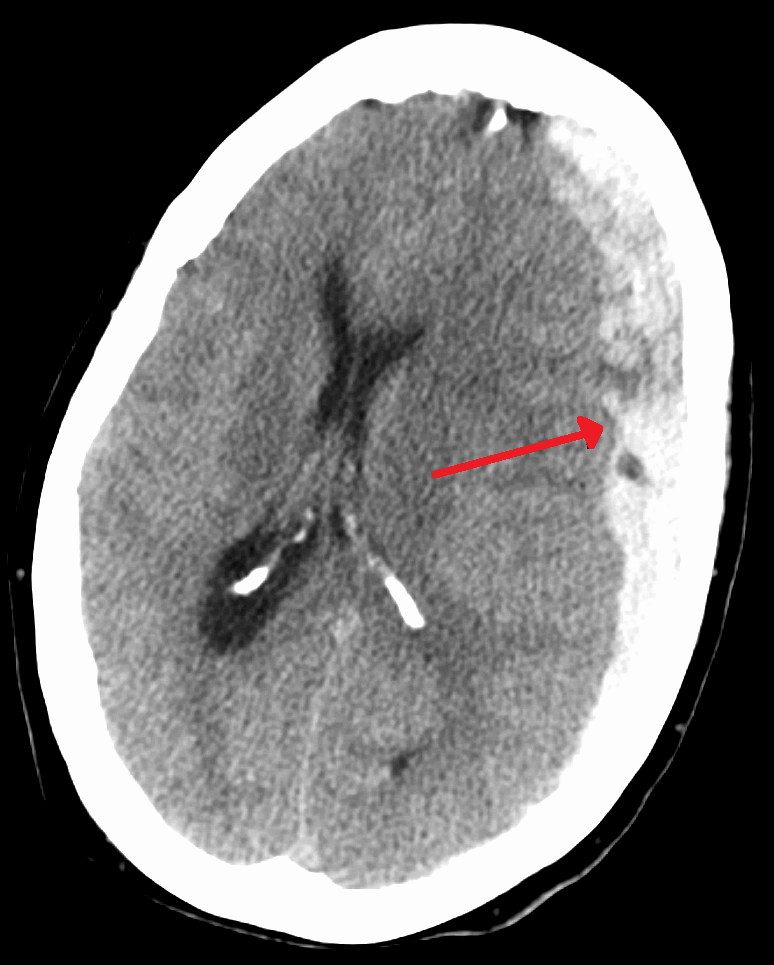 Below: a gross specimen of a fibroadenoma. The cut surface has multi-lobulated appearance. Image courtesy of Jean-Christophe Fournet, MD, PhD

Cavernous angiomas belong to a group of intracranial vascular malformations that are developmental malformations of the vascular bed. These congenital, abnormal vascular connections frequently enlarge over time. The lesions can occur on a familial basis. Patients may be asymptomatic, although they often present withheadaches, seizures, or small parenchymal hemorrhages.[1] Cavernous angiomas appear in the images below.

Below: Large, right frontal and left occipital cavernous angiomas on a T1-weighted axial MRI. These 2 heterogeneous masses have a reticulated core of high and low signal intensities surrounded by a hypointense rim of hemosiderin.

Lastly, let’s review the differences between Sarcoma and Carcinoma

Giardia lamblia exists in two forms, an active form called a trophozoite, and an inactive form called a cyst. The active trophozoite attaches to the lining of the small intestine with a "sucker" and is responsible for causing the signs and symptoms of giardiasis. #giardia #medschoolradio #microbiology #usmle
%d bloggers like this: