Superficial siderosis is thought to result from recurrent occult subarachnoid bleedsalthough the source of bleeding is not usually identified on imaging 1. Although it is common to see a small amount of haemosiderin deposition at the margins of a previous haemorrhage or surgical resection margin, a single episode of subarachnoid haemorrhage is usually not sufficient to result in this condition 2.

Vestibulocochlear nerve (CN VIII) dysfunction resulting in a sensorineural hearing loss is believed to be due to the combination of a long cisternal course (thus with ample exposure to the subarachnoid space) and the susceptibility of microglial cells (providing the myelin for the nerve) to be damaged by iron compounds 4.

Discussion: Superficial siderosis is a rare disorder characterized by the deposition of hemosiderin in the leptomininges covering the cerebrum, cerebellum, brainstem, cranial nerves, and spinal cord. Chronic subarachnoid hemorrhage is the etiology of superficial siderosis, and the source of bleeding is found in over 50% of patients. The clinical triad of sensorineural hearing loss, cerebellar ataxia, and pyramidal signs along with hemorrhagic or xanthochromic cerebrospinal fluid permits a clinical diagnosis. MR image readily confirms the hemosiderin deposition and provides a diagnosis at an earlier stage of the disease. T2-weighted images demonstrate a rim of hypointensity along the surface of affected structures. CT occasionally suggests the diagnosis by showing a rim of mild hyperDENSITY around the brainstem; however, MR demonstrates this abnormality to better advantage. Therapeutic management includes, surgical ablation of the bleeding source. When interrupting fast spin echo images, an artificial low signal rim around the brain may be seen and should not be confused with superficial siderosis that will persist on spin echo imaging.

By definition, xanthochromia is the yellow discoloration indicating the presence of bilirubin in the cerebrospinal fluid (CSF) and is used by some to differentiate in vivo hemorrhage from a traumatic LP.

The pyramidal tracts include both the corticospinal and corticobulbar tracts. These are aggregations of upper motor neuron nerve fibres that travel from the cerebral cortex and terminate either in the brainstem (corticobulbar) or spinal cord (corticospinal) and are involved in control of motor functions of the body. 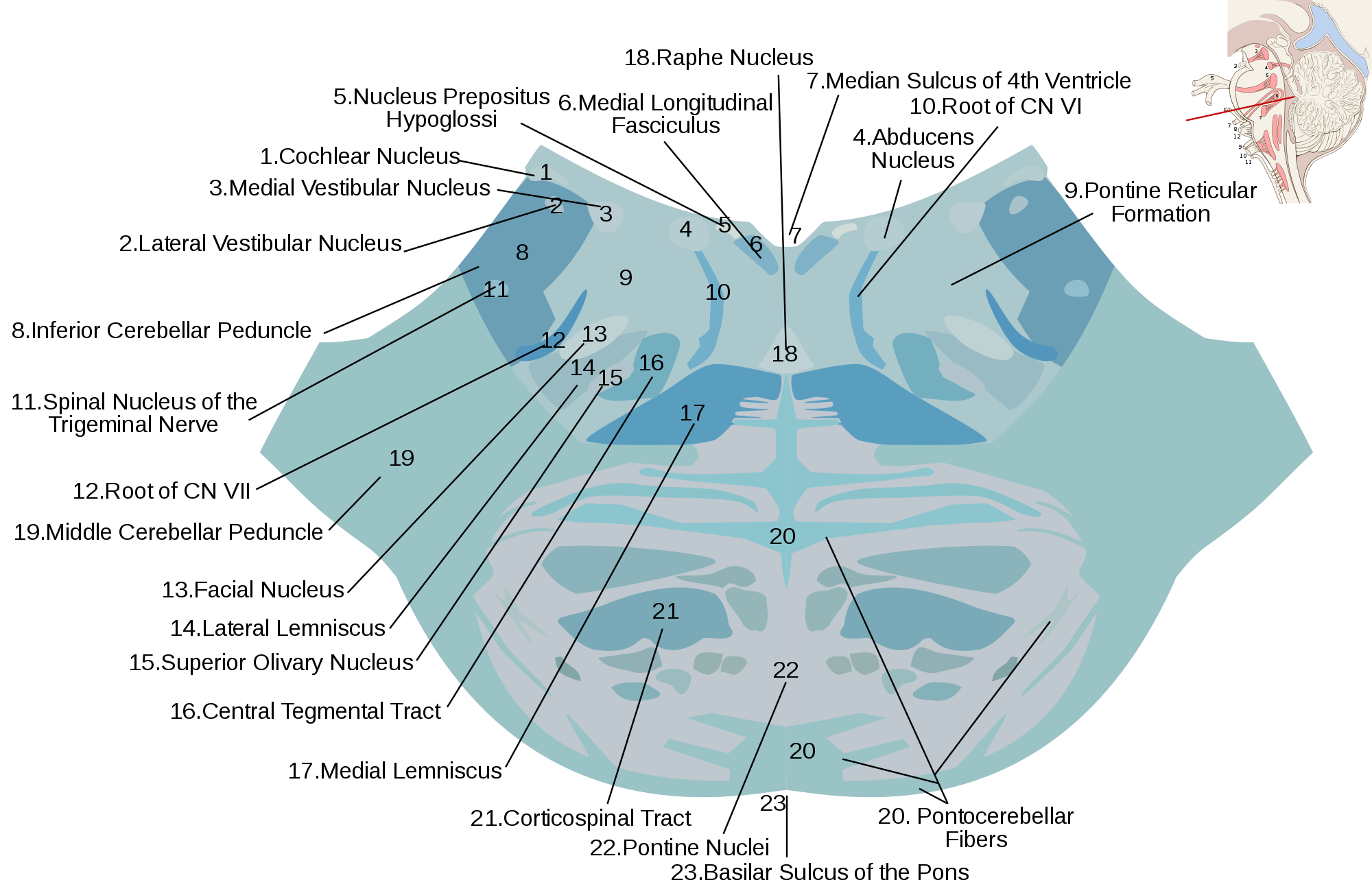 Acute cerebellar ataxia (ACA), also known as cerebellitis, is a disorder that occurs when the cerebellum becomes inflamed or damaged. The cerebellum is the area of the brain responsible for controlling gait and muscle coordination.

Hemosiderin or haemosiderin is an iron-storage complex. It is only found within cells (as opposed to circulating in blood) and appears to be a complex of ferritin, denatured ferritin and other material [citation needed]. The iron within deposits of hemosiderin is very poorly available to supply iron when needed.

leptomeninges
The inner two meninges, the arachnoid and the pia mater, between which circulates the cerebrospinal fluid.